Leadership is about people.  It is not about projects or products. 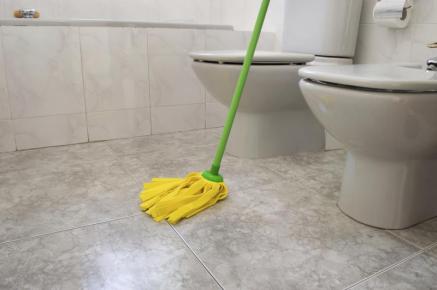 Over 17 years ago I was a janitor for a small business in California.  My boss and I rode in the same truck to every job.  We had to sweep and mop floors and clean all kinds of building fixtures including bathrooms and toilets.  For months I worked alongside my boss.  I never once had to clean a toilet.  My boss knew that it was a less desirable task, so he took it on without even consulting me.  He proved to me that he cared about me.

Fast Forward to my time in the tech space.  I provided strategic direction and objectives for a large product team.  This direction resulted in us doubling orders in the space of 1 year.  When compensation reviews came around, the CTO offered me a cost of living increase.  I showed appreciation for the gesture but explained how someone doing the things I was doing should be compensated more, and if money was tight, that giving me a title that fit my role would be enough for me.

I believe I caught the CTO off guard because he let emotions hijack his words and thoughts.  He proceeded to tell me about all the years he had been in the industry in different roles and how I did not have any leadership skills yet, or any capacity to get there without first doing what he did.  Interestingly enough, he did not know the number of years I was in the tech space, the leadership roles I performed, and all the other roles I had been in.  This is an important lesson in doing your homework.  Many people looked up to this CTO.  He handled many situations well.  However, each of my encounters with him, and they were sparse in-spite of me reporting directly to him, were not handled well.  Who do I want to be like? the CTO or the janitor?  Who do YOU want to be like?

It did not matter that I guided the team to double sales on our websites. It did not matter that I was asking for a simple (and quite free) title change.  What mattered was that he was in charge and had all the answers.  Anything that did not fit that mindset, was not permitted into his brain, because remember, he was emotionally hijacked.

I learned a lot about leadership that day – Never let yourself be emotionally hijacked in front of your employees, and if you do, make sure you turn around and make it better (in the same terms I teach my kids).  To this day he has failed to do that.  While he was able to tell others he made a mistake, he could not bring himself to tell the person he bullied and abused – never mind supporting that person in their career by becoming a true leader to them.

Many people managers consider themselves better than those around them, that because they have a title it “entitles” them to not be responsible to those under them.  Those of us that study leadership know how wrong they are.  That entitlement is a tool of deceit and temporary power.  Anyone who uses or holds to this tool should be removed from leadership positions, not just for the sake of the team, but the whole company.

The team that doubled conversion rates was by far the best team I have ever been a part of and it was only possible because that CTO paid no attention to our team, or what we were doing.

After doubling conversion rates, the executive team had only a single complaint about what we were doing… they wanted to be more involved in the changes, as if by not participating they had missed out on claiming a victory for themselves.  As if the process I studied and put into practice was nothing more than a steady stream of good luck, or that the victory was not theirs… even though it was their company’s success.  In truth, because of their apathy, I was able to take over the team objectives and direction to follow that process to success.

How to make a team that can double conversion rates

I was able to get everyone in the team on board with what my vision was and we were able to do amazing things.  Simply by placing their needs and desires above my own.  More than doubling conversion rates, we were able to form a partnership founded on trust and vision.  Any time there was an update or change I would share and explain it to them.  When a team member showed an interest in learning more or doing something different, I would work with them on a path to achieve that.  And yes, when I discovered a less than desirable task, I would take it on myself.

The more you study leadership, the more this makes sense.

A wise mentor once posed the question, “Business is meant to make life better for people, the only question then is, which people?”

If you are in the business of making life better for people, make sure you know who will benefit from your business and make sure you do what is best for them… even to the point of stepping down and letting real leaders lead.  If you don’t, you will stunt everybody’s growth and you ARE responsible for and to the people under you.  If that does not worry you, then maybe you are not ready for leadership.  There is nothing wrong with not being ready for leadership.  Just like there is nothing wrong with not being ready to be a software developer… unless you are one.

Moral of the story – The “bad” example of this article is not a bad person, just like you and me that person has strengths and weaknesses and good intentions.  This article is not about one good or bad leader, it is about becoming a leader every day.

If you want to double conversion rates, then study leadership.

Be a leader of people, be what others need you to be.

View all posts by Bryce Miller